We have just received the sad news of the passing of our friend and colleague, Professor Armand Hadni of the University of Nancy, France, on Monday, August 26, 2019, at the age of 94.

Armand Hadni was born on February 17, 1925, in Paris. He received his PhD in 1955 at the Sorbonne, where there is a long tradition in optics, and especially in the infrared. Alfred Kastler and Jean Lecomte, two giants in the field, were in the Jury. Armand went on to become one of the pioneers of far infrared spectroscopy of solids, founding the Laboratory for the Far Infrared at the University of Nancy, where he was appointed Professor of Physics at a very early age. His work was focussed in two main areas, instrumentation and solid state spectroscopy.

In instrumentation, Armand studied echelette gratings and developed a small grating interferometer for the far infrared. He went on to study the fundamental role of “étendue geometrique”, or “throughput” in English, which led him to Fourier transform spectroscopy and the development of new detectors such as germanium bolometers, pyroelectric detectors and a VIDICON tube with a pyroelectric retina which was produced commercially by THOMSON-CSF.

Armand used these techniques to study a variety of solids at temperatures from 4 K to 300 K. His samples included ferroelectric crystals and high Tc superconductors, and he obtained significant new results on ferroelectric soft mode behaviour and phase transitions, Debye relaxations, surface layers and electronic transitions. In work on high Tc superconductors, he obtained new results on plasma frequencies, collision frequencies and Bose–Einstein condensation, and he developed a new phenomenological model to calculate all infrared properties from 4 K to 300 K.

In 1967 Armand published the first comprehensive book in this field, “Essentials of Modern Physics applied to the Study of the Infrared”. This was a major undertaking by any standards, an authoritative review in English of the state of the art at the time extending to 725 pages and published by Pergamon Press. In 2002 he was awarded the Kenneth J. Button Prize for outstanding contributions to the science of the electromagnetic spectrum.
Armand was also very generous with his time in supporting our community. He supported our conference series from the very start in 1974 in Atlanta, Georgia, USA, and in 1983 he was Chairman of the Programme Committee and a member of the International Committee of the 7th International Conference on Infrared and Millimetre Waves in Marseille. He went on to serve for more than 25 years on various conference committees, including the International Organising Committee, the International Advisory Committee and the Prize Committee.

Armand Hadni was a gifted scientist and a wonderful person, and he will be greatly missed by his friends and colleagues around the world. We send our sincere condolences to his wife, Francoise, who joined Armand at many of our conferences as an accompanying person, and to the rest of his family. 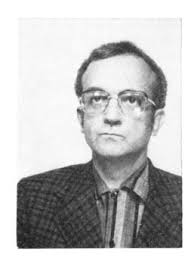