Mario Sorolla Ayza, a pioneer in the application of photonic band-gap structures, meta-materials, enhanced transmission phenomena and plasmonic structures to modern millimeter wave antennas and circuits, passed away on November 1st, 2012 after a cancer-related surgery in Pamplona, Spain. He was 54. The international millimeter, infrared and terahertz wave community will miss his unique and far-ranging intellect, the clarity of his thought and exceptional human qualities. During his career he published more than 150 papers, 2 books, 1 book chapter, nearly 300 conference communications (more than 30 invited) and 10 patents. Widely considered to be a maverick in academia and highly regarded for his scientific success, he also will be always remembered and respected for his visionary leadership and high ethical standards.

Born in Vinaròs at the Spanish Mediterranean coast, on October 19th, 1958, Mario earned the Telecommunication Engineer degree from the Polytechnic University of Catalonia, in Barcelona, Spain, in 1984, and the Ph.D. degree from the Polytechnic University of Madrid in Madrid, Spain, in 1991. Although during those years he devoted most of his time in an academic environment closely linked to the Euratom-Ciemat Spanish Nuclear Fusion Experiment and the Institut für Plasmaforschung (IPF) at the Stuttgart University in Stuttgart, Germany, he had already then some sporadic experiences in industry (Tagra S.A.) designing antennas and radiofrequency electronic devices for space and ground applications.

He designed monolithic microwave ICs for Satellite Communications related with the European Space Agency (ESA). At IPF Stuttgart he was from 1987 to 1988 an Invited Scientist working closely with Manfred Thumm, who left a profound mark on Mario and definitely influenced his future career. Mario was involved in the design and test of oversized waveguide components for high-power microwaves (28, 56, 70, and 140 GHz), such as non-linear diameter tapers, gradual bends, mode converters, etc., for Euratom- CIEMAT in Madrid, Spain, and the Max-Planck-Institut für Plasmaphysik, Garching, Germany.
His academic career took off in 1991 when he was appointed Director of the
Communications Engineering Department at Enginyeria La Salle, Universitat Ramón Llull in Barcelona, where he was simultaneously, Professor of Electromagnetic Fields and Waves, Microwaves, and photonics. In 1993 he joined the Universidad Pública de Navarra (UPNA), Navarre, Spain, where he was promoted to full Professor in 2001. He was Head of the Electrical and Electronic Engineering Department (2002-2005), Leader of the communications, Signal and Microwaves Research Group (2007-2012) and Principal Investigator of the Millimeter and Terahertz Waves Laboratory since its creation. His exceptional scientific career was recognized with the Research Career Award granted by UPNA in 2009.

Mario always strongly advocated technology transfer. He initiated in 2008 together with his partners a spin-off company: TAFCO Metawireless S.L. which has grown steadily since then. There Mario played a leading role with respect to the vision and strategy, positioning the company in the aerospace and energy industry. His double success in academia and business was recognized by the Asociación Navarra de Ingenieros de Telecomunicación with the Engineer of the Year 2010 Award.

Although Mario’s accomplishments are of great value to UPNA and TAFCO Metawireless S.L., it is his drive and motivation for greatness and his endless generosity that mark his indelible and everlasting legacy. No matter the complexity or magnitude of the project, he always delivered high quality results while adding his personal and unforgettable touch of kindness. Mario is survived by his wife Puri and his daughters Carolina and Viviana. 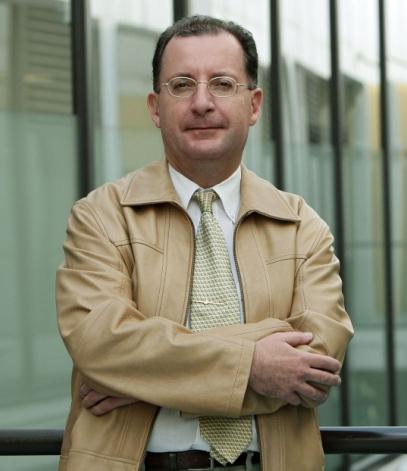