Although the technological and societal benefits of terahertz science have been known for a long time, it took a few pioneers in the 1970’s, 1980’s and 1990s to lead the way in scientific discovery, where the path and outcomes were far from certain.  Dan Grischkowsky was one such pioneer.

Grischkowsky’s formative years began in 1969 as a scientist at the IBM Watson Research Center.  After a very productive career at IBM, he joined the School of Electrical and Computer Engineering (ECE) at Oklahoma State University (OSU) in 1993.  During his career of 46 years, he wrote 179 papers in prestigious, international peer-reviewed journals and had more than 11,400 citations. For the IRMMW-THz community, he is most well known as the inventor of terahertz time-domain spectroscopy, a technique that is now used in hundreds of research labs worldwide, as well as a growing number of industrial and commercial settings. He was a Fellow of the American Physical Society (1982), Fellow of the Optical Society of America (1988), and a Fellow of the IEEE (1992).  He received the Boris Pregel award from the New York Academy of Sciences (1985), the Kenneth J Button Prize from the International Society of Infrared, Millimeter and Terahertz Waves (2011), and both the R. W. Wood award (1989) and the William F. Meggers award (2003) from the Optical Society of America.

These accolades are impressive, but he made a much deeper and lasting impression on those fortunate few whom he mentored.  In the mind of his budding graduate students, his admonitions to be “smart and lazy” seemed at times to contrast with his frustrating expectation of crystal clear, unassailable results.  As you presented your work, his drawn out, skeptical “Well…” rang clearly over the lab floor casting doubt on your qualifications in the minds of all those present.  You quickly learned to be your own greatest critic.  But in time you also learned that his approach wasn’t malevolent or condescending, it was just good training.  His mentorship mirrored his research style, an unwavering “search for truth and beauty,” an example which lives on even today in his collected works.  In retrospect, I can think of no lesson of greater importance.  Over time, Dan became more than a mentor, but also a colleague and friend, as he was to so many students, postdocs, and fellow scientists.  Though terahertz will never be the same without Dr. G, his legacy will continue, as a pioneer, mentor, and friend.

Dan retired from OSU in June 2016 and was the ECE Emeritus Regents Professor until his passing in June of 2022.  He is survived by his three children Daniela, Timothy, and Stephanie, and their mother Frieda.

To read a detailed technical biography of Professor Grischkowsky please invoke the two article links below (into and main text): 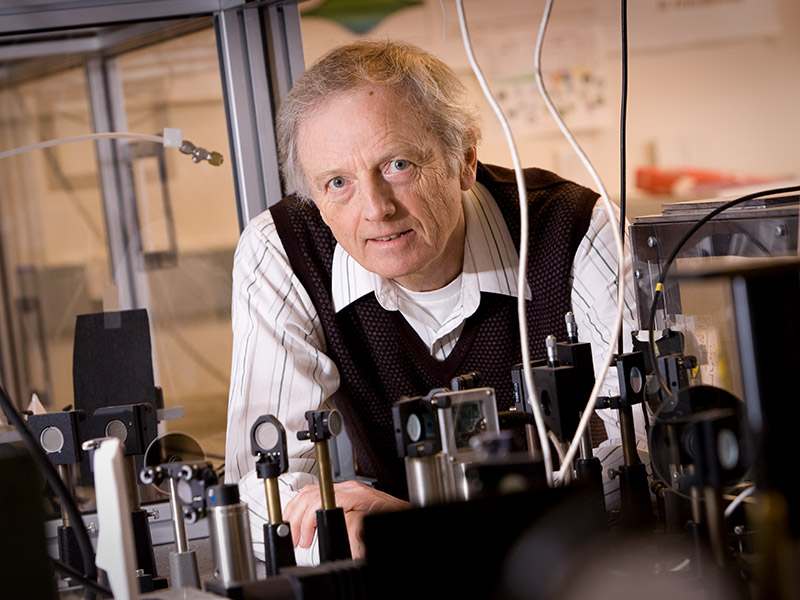