Professor Derek Martin died on 14 February 2020 aged 91. Derek was a pioneer of the study and use of the Terahertz electromagnetic spectrum. His most famous instrument, the Martin-Puplett polarising interferometer, was used by him and others in a variety of applications from measurement of the cosmic microwave background to diagnosis of plasma in nuclear fusion machines.

Derek was honorary secretary of the Institute of Physics for 10 years (1984 – 1994). He was instrumental in choosing the new chief executive and helped him to implement new strategies and transform the IOP into the influential and vigorous society, with greatly enlarged membership, that it became. He was an IOP representative at meetings of overseas national and international societies and a leader of the UK delegation to the International Union of Pure and Applied Physics. He was also editor of the journal Advances in Physics.

After obtaining a PhD from Nottingham in 1954 he came to Queen Mary College (now Queen Mary University of London) as an assistant lecturer in physics. He was promoted successively to lecturer, reader, and professor. For several years he served as head of department and later as dean of faculty. He was also a University of London senator. He was made an honorary fellow of Queen Mary in 1996.

He arrived at Queen Mary committed to a search for a better understanding of the exotic phenomena of superconductivity and of strong magnetism in solids. He decided to seek ways to generate and detect electromagnetic waves in an unexplored part of the spectrum, that between the infrared and microwaves, wavelengths around 1 mm, because he believed that such waves would probe the large-scale collective motions of atoms.

Before that could be done there were substantial technical impediments for him to overcome. One of his first steps was to build a miniature refrigerator to reach temperatures within a degree or two of absolute zero and to operate a superconducting detector at this ultra-low temperature in order to be able to detect signals of extremely low strength.

His belief was soon proved to be right and he embarked on the central-path of his scientific work: the development of ever-more subtle techniques for detecting and analysing submillimetre waves and applying them in studies of the structures of matter. This took him, and colleagues at Queen Mary, beyond solid state physics, into astronomy and cosmology, into the remote-sensing of ozone-related stratospheric chemistry from aircraft, high-altitude balloons and satellites, and into diagnostic studies of energy-generating plasma machines. His work rapidly gained wide recognition and many visitors came to Queen Mary to work with him and to learn the elegant and sensitive measurement techniques he had developed, then to return to pursue such work in their own laboratories in the USA, Japan, Australia, Canada, Italy, Germany and China.

He initiated several of the research areas in the physics department: polymer physics which grew into molecular electronics and condensed matter physics and the inventions of instruments which were developed by a company which became QMC Instruments, initially based at Queen Mary, but now at Cardiff. He also collaborated with colleagues in electrical engineering.

As a member and chairman of the Astronomy Committee of the Science Research Council through the 70s, he was one of the first to understand the importance of molecules in space and their detectability in the submillimetre wavelengths. He was centrally involved in proposing what eventually became the James Clerk Maxwell Telescope, the world’s largest and most successful submillimetre facility. This gave the UK a world-lead in the field which continues to this day.

He also initiated the participation of the UK in the first satellite-borne infrared telescope, IRAS, which revealed the rich infrared sky which had hitherto been obscured by the Earth’s atmosphere. Derek Martin invented the polarising Michelson interferometer, the Martin-Puplett design that was used successfully to make early observations of the cosmic microwave background from balloon and ground-based platforms.

Another measure of his huge legacy is that many of his colleagues at Queen Mary have been leading figures in the use of these ground-based and satellite-borne infrared and submillimetre telescopes. In addition, many of his students have gone on to occupy prestigious positions in astronomy and high-tech organisations in the UK and abroad.

Derek’s interest in instrumentation, and particularly for the experimentally difficult part of the electromagnetic spectrum where optical and radio techniques approach each other, led to millimetre-wave diplexers, power meters and other devices. These were later developed further by his students and associates who have commented that it had been a real pleasure to work with Derek, that he was always helpful and considerate, as well as being an outstanding scientist.

In recognition of the seminal importance of his work in measurement science, Derek was awarded a number of scientific prizes including the Kelvin Award of the Institute of Electrical Engineering, the Metrology Prize of the National Physical Laboratory and the Kenneth J Button Prize for pioneering terahertz polarization interferometry.

Derek spent 1966 as visiting professor at the University of California at Berkeley at the time of student unrest there. This perhaps stood him in good stead because, soon after his return, he was elected dean of the faculty of science in the college, just as the student revolts spread from the USA to universities in Europe. Queen Mary was less disrupted than many of the other leading universities here. One possible factor in this was the decision to replace the then-conventional rigid science-degree programmes with a modular science-degree geared to the developing interests of individual students. As dean for science, Derek had to find a pattern of implementation persuasive to senior and strong-minded academic colleagues across the faculty. That pattern has since spread to other faculties in the college and to many other universities.

However, notwithstanding these many and diverse activities, he remained primarily a teacher and researcher in his subject. His work has contributed substantially to the Queen Mary’s success and high international reputation.

For a detailed professional biography on P{professor Martin please see: 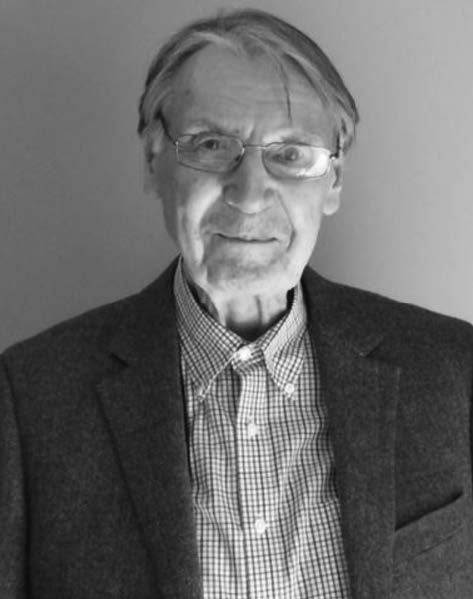