Masanori Hangyo inspired research on terahertz (THz) science and technologies in Japan and led the THz community as a mentor of outstanding capability. Hangyo, who passed away in Osaka on October 25, 2014, was born in Toyama, Japan, in 1953 and spent his childhood and early life, up to his high school days, there. He then went to study at Kyoto University, and in 1976 received an undergraduate degree in physics. He continued his graduate studies at Kyoto University and completed his Ph.D. in 1981. After graduating from Kyoto University, Hangyo joined the research staff of Osaka University. He mainly studied the optical properties of solids there, working in Prof. A. Mitsuishi’s laboratory, which was known worldwide as a result of its spectroscopic studies on solid state materials in the far-infrared region.

Initially, Hangyo studied solids by using Raman spectroscopy. But later, he and his colleagues started studying solid materials by using far-infrared spectroscopy. They constructed a dispersive interferometer for the mm and sub-mm region consisting of a Calcinotron and multipliers as the radiation source, and a Mach-Zehnder interferometer. By using this spectrometer, Hangyo was able to measure the optical properties of some solid materials. These experiments were rather time consuming and demanding, but in 1988, he came to know of Terahertz Time Domain Spectroscopy (THz-TDS), learning about it from Dr. Sakai who excitedly told Hangyo about the THz-TDS technique reported at the IRMMW Conference that year.

In 1990, Hangyo was promoted to associate professor of the Research Center for Superconducting Materials and Electronics (RCSE) of Osaka University, when Dr. Sakai, an associate professor, took over as director of Laboratory for Quantum Electronics of the Communications Research Laboratory (CRL) (currently NICT) in Kobe. Dr. Sakai formed a THz-TDS research group at a new national research institute. The group included Hangyo and Dr. Masahiko Tani, who had just joined the CRL as a research member, and Prof. Shin-ichi Nakashima, the successor to Prof. A. Mitsuishi. Hangyo proposed the emission of THz radiation from high-Tc superconductors by irradiation using femtosecond laser pulses and succeeded in demonstrating it experimentally. Based on THz emissions from high-Tc superconductors, Hangyo went on to demonstrate the visualization of the supercurrent flow. In 1996, he was promoted to professor of the RCSE, where he formed his own THz-TDS team. Leading his group he published many excellent papers such as “Poor Man’s THz- TDS” and “Application of Alanine Spectra.” In the last 10 years of his career, Hangyo focused his interest on THz meta-materials.

In 2004, the Research Center consolidated into the Institute of Laser Engineering, where Hangyo was promoted to vice president of the Institute. He served as a steering committee member of the 182nd (THz) and the 187th (meta-material) Committee of the Japan Society for the Promotion of Science (JSPS), and he also served as the president of the THz Technology Forum in Japan from 2013. In 1996, he was awarded the Toyama Prize in Physics.

Hangyo was dearly loved by many people—from his students to senior scientists—not only because of his dedication to THz science and his significant scientific achievements, but also because of his friendly and mature personality. 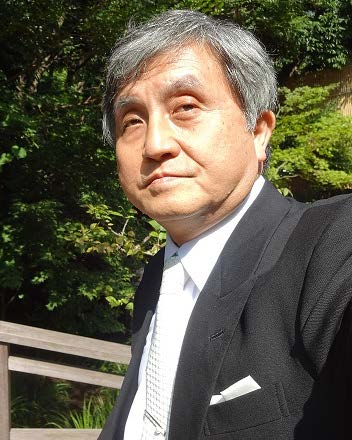