We have just received the sad news of the passing of our friend and colleague, Professor Maurice Kimmitt, of the University of Essex.

Maurice was active for many decades in the field of infrared, millimetre and terahertz waves and his book “Far-infrared techniques”, published by Pion Ltd. in 1970, was one of the first in the field. During his long career, which began at RRE Malvern (the Royal Radar Establishment) and continued at the University of Essex, Maurice made many seminal contributions in the field, beginning with work on (TEA) CO2 lasers and the photon-drag effect in semiconductors, measurement of the optical properties, including the absorption (at saturation levels), transmission and refraction of many semiconductor materials, two-photon absorption and carrier lifetimes. Maurice also carried out a great deal of work on far infrared detectors, including photon drag, HgCdTe and Schottky diodes. Among the sources he used, investigated or developed are CO2 lasers, p-Ge lasers, Smith–Purcell emitters, and last, but not least, free electron lasers (FELs), and he was particularly active in the latter field during the later years of his career at ENEA, Frascati.

Following his retirement from the University of Essex in the late 1980s, there was a remarkable renaissance in Maurice’s career when his services were sought out internationally as a research consultant and visiting professor in research laboratories around the world. These included appointments at the University of Buenos Aires, Dartmouth College in Hanover, New Hampshire, an Ivy League College, ENEA Frascati Research Centre, Rome (the Italian National Agency for New Technologies, Energy and Sustainable Economic Development), DLR, Berlin (the German National Aerospace Centre, and Heriot–Watt University, Edinburgh. Following the sudden tragic death of Professor John Walsh, Maurice’s colleague and collaborator at Dartmouth College in the late 1990s, leaving several graduate students stranded in the later stages of their PhD projects, Maurice spent several months in Dartmouth to support them through the final stages of their projects.

In 1998, DLR held a two-day symposium in Berlin in Maurice’s honour, and scientists came from all over the world to present papers as a tribute to him. The proceedings were published the following year in a special issue of the journal Infrared Physics and Technology. In the context of the International Series of Conferences on Infrared, Millimeter and Terahertz Waves, on the two occasions when the conference was held at the University of Essex in Colchester, Maurice was a member of the Local Organising Committee. He was awarded the Kenneth J. Button Prize for outstanding contributions to the science of the electromagnetic spectrum in 2004, and later served for a number of years on the Kenneth J. Button Prize Committee. In 2010, when the conference was held in Rome, Maurice was honoured by being appointed Honorary Chairman of the Conference.

Maurice will be greatly missed by members of the conference community, and we send our sincere condolences to his widow, Mhairi, who was well known in our community as she joined Maurice at many conferences as an accompanying person.

For a detailed professional biography on Professor Kimmitt please see: 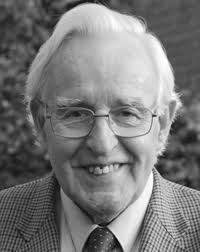