Richard H. Pantell, Professor Emeritus of Electrical Engineering at Stanford University, died March 26, 2019, at the age of 91. Richard Pantell was an outstanding scientist of extremely broad interests and knowledge. He designed novel microwave and millimeter wave devices and made remarkable contributions to Free Electron Lasers (FEL) physics and technology, as well as to nonlinear optics and infrared lasers. Richard Pantell was born in New York City on December 25th, 1927. After completing his secondary education, he enrolled in Electrical Engineering at the Massachusetts Institute of Technology, where he earned his bachelor’s and master’s degrees. He moved to Stanford in 1951, where he obtained his doctorate in 1954. He was then appointed assistant professor at Stanford and became full professor in 1964. In 1989, he became director of the multidisciplinary Ginzton Laboratory that included research groups from microwave engineering to laser physics and solid-state physics. He remained on the faculty until his retirement in 1994.

In the fifties, Richard Pantell joined the effort to develop high frequency microwave sources to reach the millimeter and submillimeter range overcoming the physical limitation in realizing resonant cavities at the fundamental frequency. This is testified by a number of high quality pioneering papers on resistive frequency multipliers, dielectric slow-wave structures, harmonic travelling wave tubes, backward wave oscillators, and the helical electron beam tube, which was a predecessor to electron cyclotron masers and gyrotrons.

With the advent of laser in 1960, Pantell and coworkers turned their attention and to the generation of sub-millimeter waves by optical methods. As early as 1962, Richard Pantell together with M. D. Domenico, J.R. Fontana and 0. Svelte published a method for generating submillimeter radiation by mixing of optical wavelengths. This method was successfully employed in single CdSe crystals and in other semiconductors. Pantell’s research on laser in the sixties covered external seeding, tunability of the Raman Laser mode coupling, non­linear absorption. In the community of terahertz parametric generation, Pantell is known as the person who discovered the so-called Stimulated Polariton Scattering (SPS) in Lithium Niobate leading to the realization of a continuously tunable submillimeter waves source. In this period, he also co-authored with H.E. Puthoff a world-famous book on the fundamentals of Quantum Electronics.

In the seventies he started a new research line on the generation of Cerenkov radiation as a light source in the optical region and in the ultraviolet. He also turned his attention to X-ray and y-ray emission from channeled relativistic electrons and positrons, which led to outstanding experimental results. Energy exchange between free electrons and an electromagnetic field became a hot topic of research again after John Madey’s first operation of the FEL. In this field too, Pantell searched for new schemes of operation, developing and successfully testing the so-called Gas Loaded FEL. As early as 1979, he published the first paper on laser-driven linear acceleration of electrons. This seminal work, reviewed in his FEL-Prize talk in 1996, set the guidelines for the design of all laser-driven linear accelerators. In FEL physics and technology Pantell also introduced the concept of optical resonators with a hole on axis to allow both outcoupling and the passage of the electron beam, and the design of a solenoid derived wiggler, which was successfully tested on a compact Far-Infrared FEL in the nineties. In this period, the coherent spontaneous emission by a bunched electron beam in FELs was also investigated. Later, he turned his interest to X-ray optics, neutron physics in materials analysis and medical applications. We are deeply grateful to Dick for his knowledge, expertise and sense of humour he shared with all his coworkers, students and friends, as well as for his legacy as a precursor in the field of infrared, millimetre and terahertz waves. 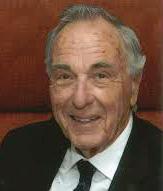