Ken was born on October 11, 1922 in Rochester, New York and died on August 30, 2010 in Indialantic, Florida. Ken did undergraduate and graduate work in physics at the University of Rochester after serving for four years in the U.S. Army Infantry during WW II. He began his research career in 1952 at the newly-formed MIT Lincoln Laboratory, conducting pioneering work that led to the book Microwave Ferrites and Ferrimagnetics, co-authored with Benjamin Lax. In 1962, he helped to found the MIT National Magnet Laboratory on the MIT campus in Cambridge. In 1965, he convinced H. A. Gebbie of the NPL in the UK to bring to the MIT Magnet Lab a copy of the newly discovered 0.337 mm wavelength cyanide laser. Using that laser, Button, Gebbie and Lax collaborated to study cyclotron resonance in semiconductors at magnetic fields of up to 18 T and temperatures down to 40K. This THz laser spectrometer coupled with magnetic tuning of semiconductor bands opened up a major new field of research that led to many significant publications in the 1960s and 1970s. Ken held the position of Senior Scientist at MIT and headed the research group on quantum electronics until his retirement in 1988. Ken will be especially remembered by numerous graduate students, postdoctoral associates, research staff members and visiting scientists that he mentored during his years at MIT.

Ken had a remarkable career as a scientist and as a conference organizer, book author, book editor and journal founder/editor. Ken served six years on the IEEE-MTT Administrative Committee. He received their Distinguished Service Award in 1980 and their Certificate of Recognition in 1981. At various times, Ken was Vice-President of the IEEE Quantum Electronics Society, President of the New England Section of the Optical Society; Member of the Board of Directors of the Massachusetts Engineers’ Council; Member of the IEEE Energy Committee, and Chairman of Commission D (Physical Electronics) of the International Union of Radio Science (URSI). After serving as the Program Chairman of the first conference on “Submillimeter Waves and Their Applications” in 1974, Ken founded the continuing series of conferences (International Conference on Infrared and Millimeter Waves), serving as the General Chairman. Ken also served as the Editor of an Academic Press series of sixteen books on Infrared and Millimeter Waves. He was the Founding Editor of the International Journal of Infrared and Millimeter Waves and served as Editor from 1980 to 2004. Ken was a Fellow of the American Physical Society and the IEEE.

Ken Button, outstanding scientist, colleague and friend, will live on in the hearts and minds of those who were fortunate to have known him. 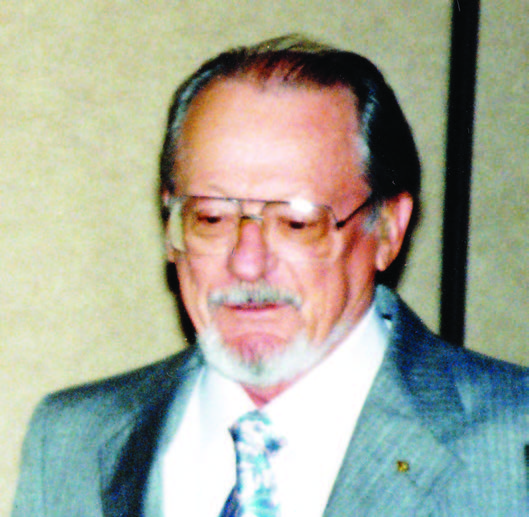