In 2020 we received the sad news of the passing of our friend and colleague, Professor Charles Schmuttenmaer of Yale University, New Haven, CT, USA, on Monday, July 26, 2020.

Charles (Charlie) Schmuttenmaer was born on August 5, 1963, in Oak Park, IL. He received his bachelor’s degree in Chemistry in 1985 from the University of Illinois, Urbana–Champaign where he began work in the far infrared (FIR) spectroscopy of gas phase rotational lines with H. S. Gutowsky. His graduate work in the R. J. Saykally group at University of California, Berkeley, included development of a side-band generation source for continuous scanning high resolution gas phase FIR spectroscopy. After his PhD in 1991, Charlie did postdoctoral work with R. J. D. Miller at the University of Rochester working on ultrafast solid state photoemission. He joined the Yale Chemistry faculty in 1994 and immediately employed his expertise in FIR and ultrafast spectroscopy to build a world-renowned program in terahertz time domain spectroscopy (THz TDS).

He initially focused on studies of polar solvents, binary mixtures and nano-confined water. He developed the variable path length solution cell, which has proven indispensable to achieve high precision complex dielectric response measurements for strongly absorbing solvents. In pursuit of measuring solvent reorganization about a solute after electron transfer, Charlie began working on time resolved terahertz spectroscopy (TRTS). This work led to his developing a method to deconvolve the overlap between the pump pulse and THz probe pulse to attain the earliest photo-induced response. Using this analysis, he reported the first ps time-resolved frequency-dependent complex conductivity measurements using TRTS. Upon subjecting this data to a number of modelling approaches, he found that the newly proposed Drude–Smith model was the most successful, and it has since become the standard for interpretation of THz transient photoconductivity.

Charlie’s command of both measurement and theory enabled him to show through a series of molecular crystal measurements that the character of the atomic displacements associated with the THz absorption lines progressed from strongly intermolecular to intramolecular. He established THz polarimetry techniques and analysis using cleverly designed chiral metamaterials. Charlie’s most recent scientific passion was to apply TRTS to photovoltaic materials and was a founding member of the Yale Green Energy Consortium.

It is not possible to list all of Charlie’s scientific achievements. These are reflected in his various awards and fellowships in the Royal Society, the APS and the AAAS. Beyond this, Charlie was instrumental in creating a vibrant and collegial community. From organizing innumerable international symposia and conferences, to his exuberant talks and discussions, Charlie exuded a joy for scientific exploration and life. We send our heart-felt condolences to his family. 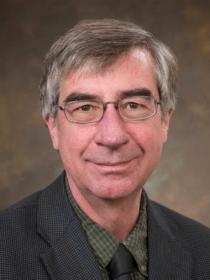